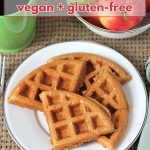 Perfectly-spiced apple cinnamon waffles that are crispy on the outside and fluffy on the inside (like waffles should be!). They also happen to be vegan and gluten-free,  super easy-to-make, and SO delicious! 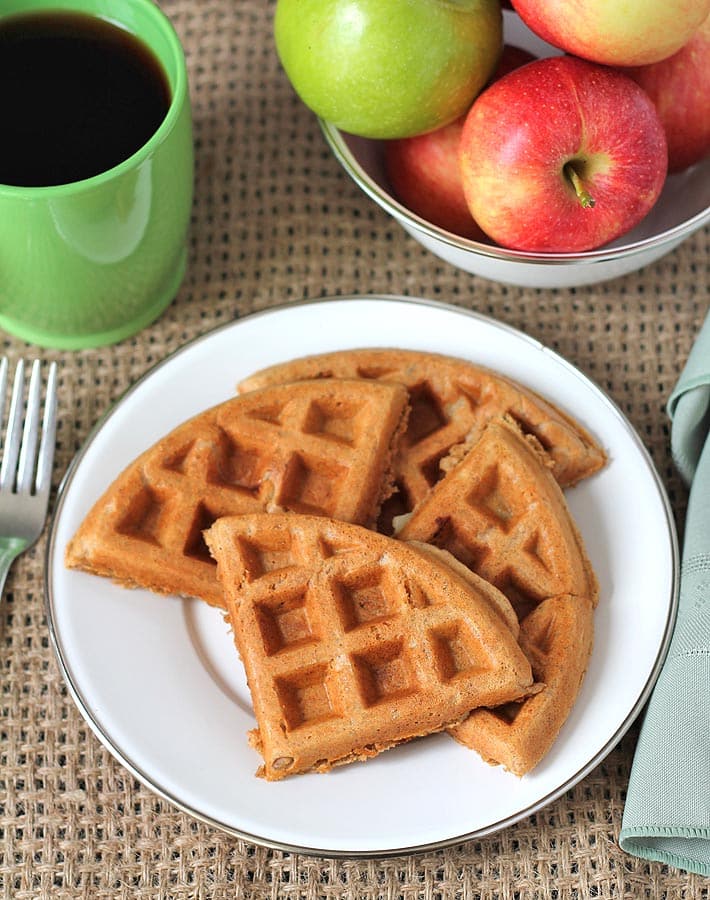 Since apples are in season and it’s fall, I thought I’d try out a new recipe: Apple Cinnamon Waffles. Lucky for me, the recipe turned out perfectly on my first try…something that doesn’t always happen around here, as you may remember from my vegan gluten-free morning glory muffins recipe!

Have you ever been apple picking? Every year, I always say to myself that this is the year we’re going to go apple picking. But then things get in the way, we get busy, and apple picking season comes and goes in a flash.

I tend to forget that fall is so much more than the pumpkin recipes, but there are so many possibilities with apples, too. Recipes like apple cinnamon baked oatmeal, vegan apple muffins, slow cooker applesauce, apple raisin cinnamon rolls, and so much more! 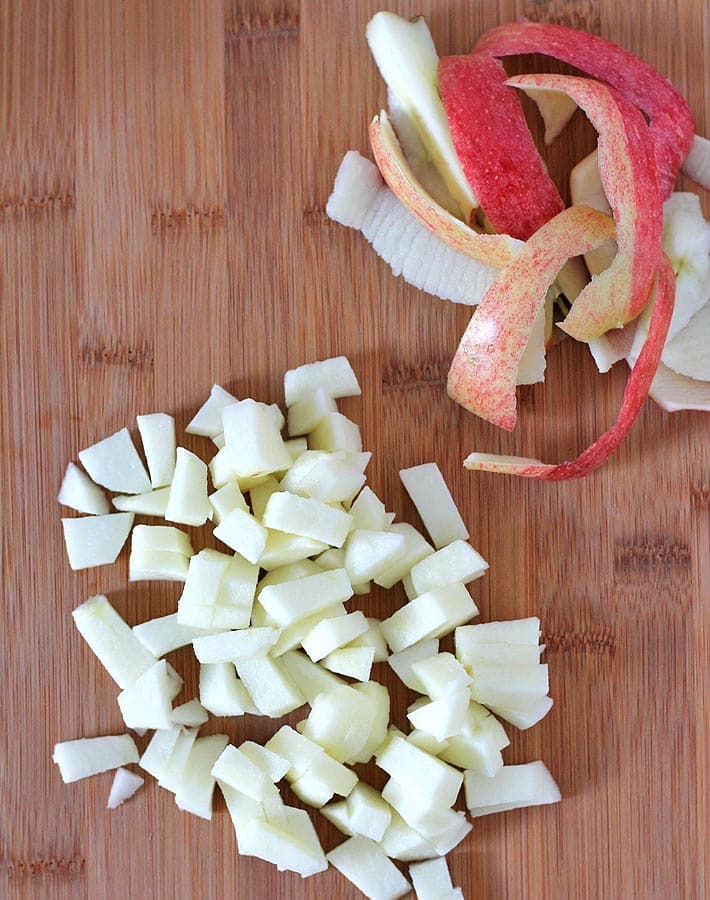 I used my plain waffle recipe as a base for this recipe and made a few additions and changes to come up with this delicious result!

Vegan gluten free apple cinnamon waffles that are crispy-on-the-outside-soft-on-the-inside with bursts of sweet apples and spicy cinnamon in every bite. Perfection.

What Kind of Apple to Use for Apple Pie Waffles

There are two apple ingredients in this recipe. The first is a chopped fresh apple. I used a gala apple in this recipe but I think any apple, your favourite kind, would work well too.

When you read the recipe below, you’ll also see that these are apple cinnamon waffles with applesauce. You’ll want to use plain, unsweetened applesauce. You can make your own or use store-bought.

There is the tried and true favourite, and most popular topping: pure maple syrup. But if you want to get a little fancier, here are some suggestions: 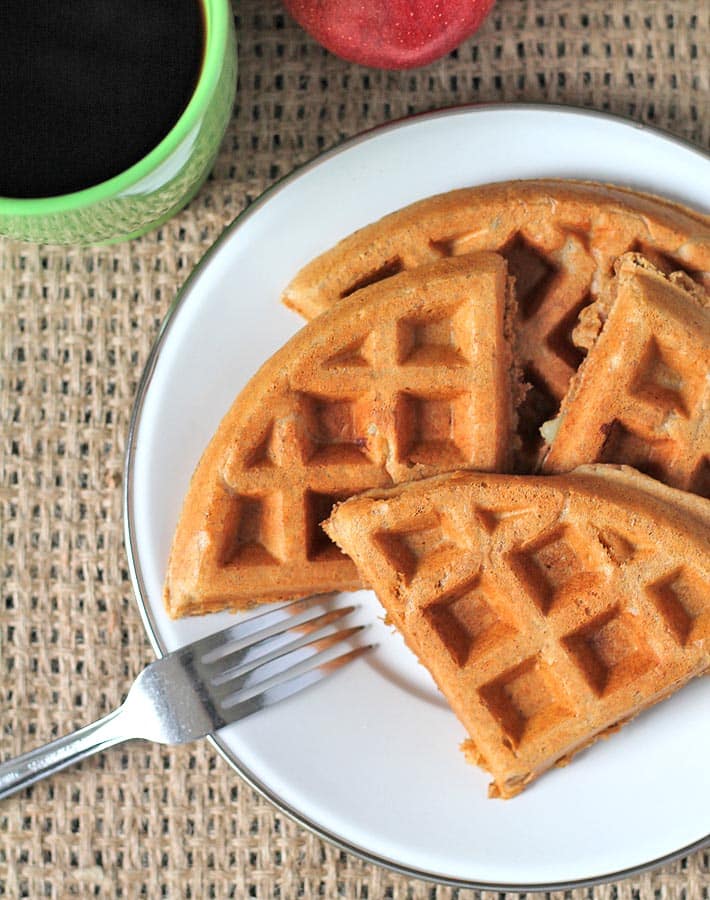 If you make this apple waffle recipe for breakfast (they’re great for lunch or supper too!) leave me a comment below or share a pic with me on Instagram and tag me! I’d love to see them!

This is the actually one of many gluten free waffle recipes on this site, these are the others (I think you’ll like all of them!)

You can also help me to help others find this apple cinnamon waffles recipe by pinning it to your recipe board on Pinterest! You can do that by clicking here.

How to Make Apple Cinnamon Waffles 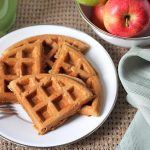 Hi!I'm Gwen and if you're looking for easy-to-make, delicious plant-based and gluten-free recipes you'll want to make over and over again, you've landed in the right place! Read more...