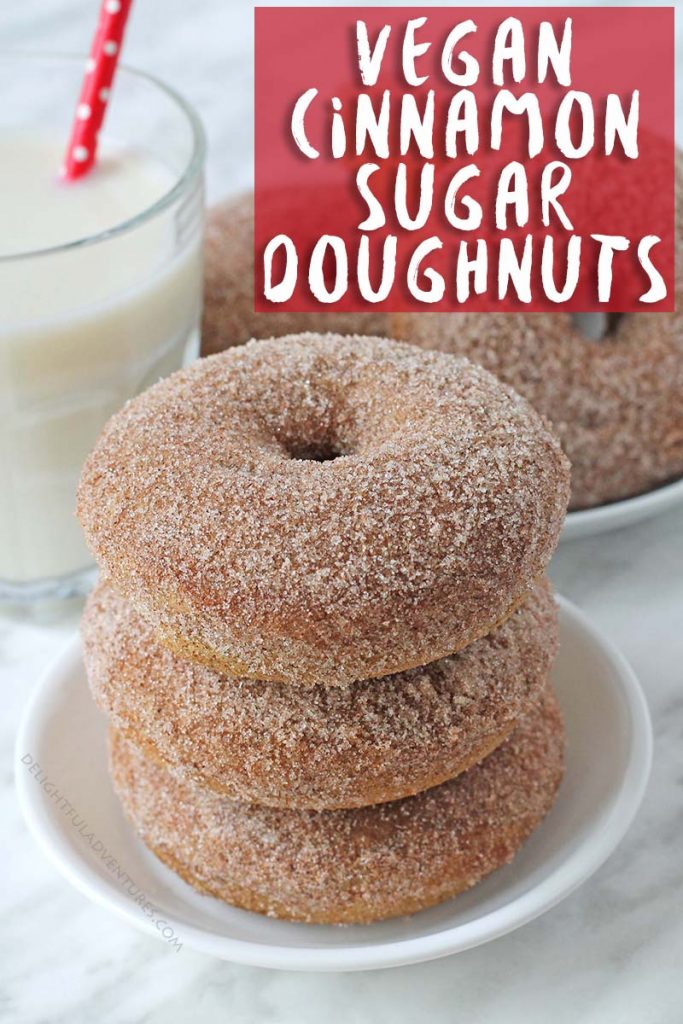 Soft, fluffy, baked vegan doughnuts flavoured with warm cinnamon and nutmeg. They’re also coated with a layer of cinnamon and sugar. Doesn’t that sound perfect? And one more thing…you can also make them gluten free! I’ve included instructions on how to make them both ways below.

These doughnuts remind me of my cake doughnut mini muffins recipe. They also remind me a little of churros (vegan churro doughnuts?) because of the cinnamon and sugar mix. Either way, they’re delicious and a favourite. I hope you like them as much as I do, too!

To come up with this recipe, I went back to my chai doughnuts recipe and used it as a base for this one, removing a few ingredients, and swapping a few others.

So let’s go through all the info you’ll need to successfully make this vegan doughnut recipe, shall we?

Like all of my other doughnut recipes, this one is also very easy since they’re baked and not fried.

Next, you’ll spoon or pipe the batter into your doughnut pan (<– that’s an Amazon Link), smooth the tops, if needed, and then bake.

Once the doughnuts have finished baking, let them sit in the pan for a few minutes and then remove and place on a cooling rack. While they’re cooling, make the cinnamon sugar mix.

Once fully cooled, one by one, you’ll lightly brush the tops with a little melted coconut oil, and then dunk each doughnut top into the cinnamon sugar.

I like to brush the tops of the doughnuts rather than dipping them in the oil. This way, less oil is used and absorbed into the doughnut. You really only need a light coat for the cinnamon sugar to stick well.

After you’ve followed all the steps, they’re ready! See? Easy!

How Do I Make Them Gluten-Free?

You swap the all purpose flour for the recommended gluten free flour blend, that’s it! All of the info is below in the recipe. And note, I use the Bob’s Red Mill Gluten-Free bland in the blue bag.

Note that if you make the vegan gluten free doughnuts, your batter will be thick, that’s okay, that’s how it’s supposed to be. The result for this version will be a little more dense than the non gluten-free version. But they’ll be just as delicious, so not to worry about that!

You’ll also notice that the one on the left is a little darker inside, that was when I was testing how much cinnamon to add to the recipe, so that one contained a little more cinnamon than the other.

What If I Don’t Have a Doughnut Pan?

That’s okay. If you’re looking to buy a doughnut pan, this is the one I have and I love it. I highly recommend it.

If you aren’t ready to buy one just yet, I have had readers tell me (I have not tested these myself) that they have made my other doughnut recipes in regular muffin pans, mini muffin pans, and even in mini bundt pans with success.

Can I Freeze Them?

Yes, however, they are best when they’re enjoyed fresh, but if you need to make them ahead of time, don’t add the cinnamon sugar topping until after they have thawed.

So bake the doughnuts, cool, and freeze. When ready, fully thaw and when they’ve reached room temperature, you can move ahead with adding the cinnamon sugar topping.

I hope all of the FAQ and info above was helpful. If I missed something, please ask in the comments below. And if you make them, please share a pic with me on Instagram!

You can help others to find this easy vegan doughnut recipe by pinning it to one of your food boards on Pinterest. Click here to pin it now!

If you like this recipe, you may also like some of my other vegan doughnut recipes (they can all be made vegan only or vegan gluten free, too!): 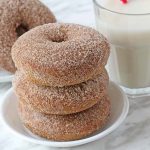 For the Cinnamon Sugar Topping:

While the doughnuts are cooling, make the cinnamon sugar topping: 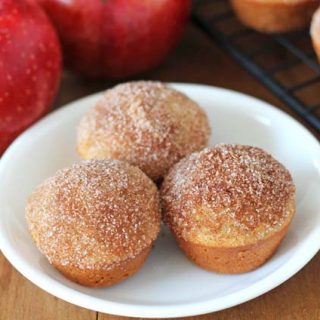